This project is co-funded by the Nahrein Network between Kurdistan Institution for Strategic Studies and Scientific Research and Zheen Archive Center to examine local archives in Slemani, Iraqi Kurdistan. Examined archives are published titles, manuscripts, memoirs, autobiographies, visual material, as well as socio-political and colonial documents and other historical sources from and about the British colonial period (direct and indirect rule from 1917-1958), in Iraq.

The focus of this research project is to critically read, analyse and categorize the different sources and digitalizing and making them accessible to students, researchers, and academics locally and internationally. The Zheen Archive Center houses the personal library collections of local men and women as these continue to be donated to the centre to this day. Most of these personal archives are yet to be examined critically for understanding their historic, as well as socio-political significance. And they continue to be inaccessible to wider audiences, local, national, and transnational scholars, public decision-makers, educators, and ordinary people. In light of this, the present project aims to make the archives accessible by categorizing and identifying their historical, anthropological, etc., significance. and opening them to the public. In addition, the team plans to conduct ethnographic interviews with the elderly frequenting the centre and the donors of some of the personal archives stored there. The oral knowledge strand aims to contextualize the old written documents and visual material with individual and collective living recollections about the latter period of the British installed monarchy. Moreover, the interviews will expand the understanding of the British colonial era and fill in the gaps left by the archival documents.

On Saturday the 31st of October, at 10:00 a.m., during a small private ceremony attended by the directors of Zheen Mr. Rafiq and Sdiq Salih, the President of the Kurdistan Institution for Strategic Studies and Scientific Research (KISSR), Professor Polla Khanaqa, and the director of the Nahrein Network (via a recorded video) from London, along with a number of esteemed guests- the Kurdish scholar M. Jamal A’bdul, Zheen Rafiq Hilmi (Hilmi’s youngest and only surviving daughter) and Dr. Nian N. Fuad Masti (a relative of Taufiq Wahby Beg), and other guests the Wahby library was opened at Zheen Centre. Due to the Covid 19 emergency and following local health guidelines, the event was kept private. The event was publicised via the three major satellite channels, Kurdsat, Rudaw and GK TV.

M. Sdiq Salih opened the ceremony with a speech in which he spoke about the late Wahby Beg’s important role in the development of a number of disciplines in Kurdish Studies and in Kurdish society in general. He also spoke about Zheen’s efforts since its establishment in the finding and preservation of the personal libraries of Kurdish and Iraqi scholars, and making them accessible to local and international students, researchers and others interested in Kurdish and Iraqi heritage. He thanked all the different groups and personalities involved in brining Wahby’s library from London to Slemani, and the local scholars and friends and members of the Wahby family in London, as well as the Kurdistan Institution for working on the library. He spoke about the important role of the Kurdistan Institution’s team, headed by Dr. Shenah Abdullah, Shoxan Abdul Qadir, and Art+ Organization, headed by Safen Muhammad along with their team members. He also thanked the director of the Nahrein Network, Professor Eleanor Robson and the Arts and Humanities Research Council and the Global Challenge Research fund in the UK in for their supporting the research project and construction of the Whaby library. He added that the team spent half of 2020 working on this library despite the covid-19 emergency and made sure to complete it before the end of the year.

His speech was followed by a short speech by M. Jamal A’bdul a Kurdish scholar who spoke about Wahby’s important legacy, the important of his library at Zheen and the collaborating team’s efforts and thanked them.  He asked scholars and researchers to begin working on this library and examine its contents. Following M. A’bdul’s speech, Dr. Shenah Abdullah showed a recorded speech by Professor Eleanor Robson, the Director of the Nahrein Network at University College London, in which she highlighted the role of the Nahrein Network and their funding partners in supporting local scholars across the Middle East and the Kurdistan Region of Iraq to continue producing excellent work on heritage, history and the social sciences. She mentioned the efforts of Dr. Shenah and her team’s work and appreciated their work. Additionally, she added that such works would become the foundation of future works on Slemani, Kurdistan and the region. This video was translated by Dr. Abdullah to the attending guests and they thanked Professor Robson, the Nahrien Network and their funders for all their support.

Afterwards M. A’bdul cut the ribbon and thus officially opened the Whaby library to the gusts and the public. M. Rafiq Salih then showed the guests the library and explained its contents. He showed them the different sections and explained what they included, among them the important manuscript collections, letters, rare books, political documents, personal belongings, etc. The guests looked at the library carefully, asked questions and took photographs and videos. Later, the guests were invited for coffee and tea and continued their discussions. This was a very successful event and everyone appreciated the new library and were happy about the outcomes. 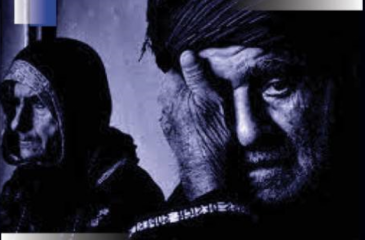